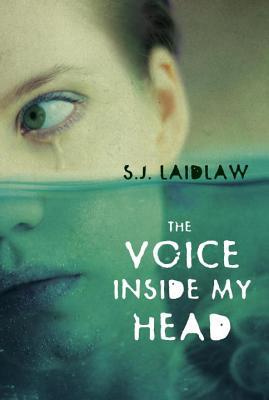 S.J. Laidlaw’s The Voice Inside My Head is a mystery that’s packed full of  emotions. The novel has adventure, comedy, and a deep sadness.

Luke’s quest to find his missing sister results in him getting to know her better than ever. He sees what she would have been like if she wasn’t burdened with all the responsibilities of caring for him and his parents. His love for her, and unwillingness to give up on finding what happened to her drives the reader to NEED to know too. You can’t put the book down without knowing.

Pat is the absent character, who we get to know without truly meeting. Everyone and everything in the novel is framed by their relation to her. She is adored by some, and despised by others, but everyone feels passionately about her disappearance

For a book  primarily about the loss of a loved one, with a heavy focus on alcoholism, The Voice Inside My Head is a light, enjoyable read. The characters speak in diction that allows you to hear them as individuals. There are quirky, funny people making their way through this serious story.

Luke has internal dialogue with Pat that could cause some debate for readers. Is it his subconscious feeling guilty about the way things were between them? Is it her spirit speaking to him? There’s no definite answer but we learn a lot about their relationship either way.

Family dynamics are contrasted on numerous occasions. Luke’s dysfunctional family makes Jamie’s look wonderful, but then Luke is grateful that he has more than Zach.

I look forward to discussing the characters and the issues they face in my book club this summer. This book has been selected as an honour book for the CLA Young Adult Book Award. 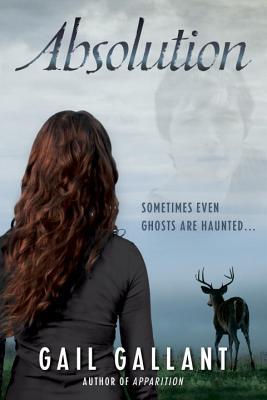 Gail Gallant does a nice job of summarizing the first book before jumping into the meat of Absolution. Being able to stand alone is good in a book series.

The novel is a ghost story that has multiple levels. The people are haunted by ghosts who are haunted by their lives or deaths. Amelia’s ability to communicate with ghosts complicates her life.

The story is spooky, suspenseful and sad. The target audience is definitely teens and it’s interesting that even the supernatural characters have regular teen problems. Matt is permanently friendzoned because of his lack of a body, and extremely grumpy about it. His gruesome flashbacks to his death are disturbing.

The unique part of this book is it considers both the perspective of the people who have a ghost in their house, and the ghost who has new people moving into his house. Neither situation is desirable and Amelia has empathy for both.

The mysteries take interesting turns and it the denouement is emotional. Exactly what you want from a book like this. 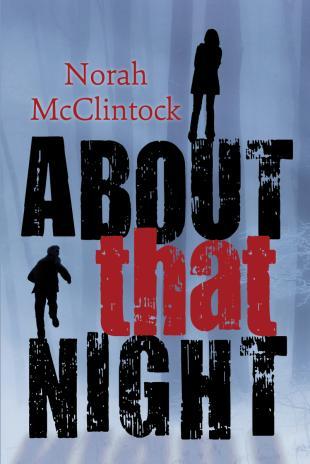 rah McClintock’s novel About That Night is a mystery for teens. The clues unravel in such a way that the reader takes on the role of detective, figuring out gradually what happened. My suspicions didn’t pan out, but it is good to be surprised in a mystery novel.

The reactions to the deaths were not convincing. It’s unclear if McClintock is trying to write Jordie as a sociopath or if she fails to express how a person would react to a boyfriend’s death. Even if she wasn’t in love with him, anyone you know dying should be more upsetting than it is to her in the story. Her cold, calculated reasoning as she tries to determined what happened makes her difficult to relate to. That her sister, Ronan, and their classmates don’t have stronger reactions to events either makes it seem like a writing failure rather than a character flaw. The lack of emotional reaction in the characters leads to a lack of emotion in the reader. 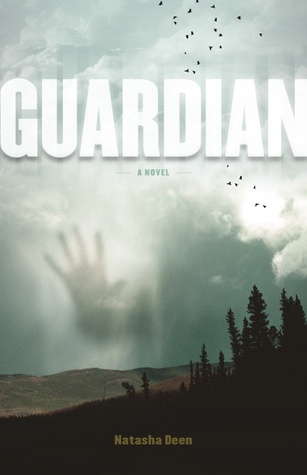 Natasha Deen’s novel Guardian is a supernatural mystery. It has a wonderful combination of teen drama, paranormal adventure, and suspense.

Dysfunctional families, bullies, and a murder make up the dark side of the story. There is also a lightness thanks to the sense of humour of the characters.

This book will appeal to fans of:

*I received this ARC from Simon & Schuster Canada

* If you haven’t read White Cat, there are spoilers here, so go read that first.

Holly Black is one of the few authors who can make me fall in love with a killer. This book had a fast pace, characters with depth, a plot with surprising twists and all around awesome writing.

Red Glove picks up not too long after White Cat left off, and Cassel is still trying to wrap his head around everything that happened. He was betrayed and used by his brothers, the girl he loves was cursed to love him so he can’t in good conscience be with her, and he discovered he has a rare power that will make everyone want to use or kill him. That’s a lot to swallow, so even if he was only trying to survive school I would feel for him. Of course it’s not that easy; he is approached by federal agents and pressured into helping solve murders and disappearances he suspects he knows too much about.

This is a book that will appeal to both boys and girls. The paranormal mob families make for an interesting backdrop, and the plot is a mystery with lots of twists.

What I really love about this book:

I’ve never been disappointed by Holly Black’s writing, I always fly through her books and want more. Red Glove never dragged for me, I had to force myself to put it down, and it surprised me at a few points. I can’t wait for Black Heart!

“Violet has never considered her strange talent to be a gift; it mostly just led her to find dead birds her cat left for her. But now that a serial killer is terrorizing her small town, and the echoes of the local girls he’s claimed haunt her daily, Violet realizes she might be the only person who can stop him”

The Body Finder is the story of a girl who feels echoes of those who have been murdered. Approximately half the novel deals with the hunt for the psychopath killer of a body Violet finds and the other half deals with Violet’s crush on her best friend Jay.

I have mixed feelings about the novel. I  find the premise fascinating, but the execution flawed.

Derting does a fantastic job of creating and explaining Violet’s abilities. One of her best moves is to use the cat to explain how Violet learns to identify killers as well as victims. I liked that the echoes of animals and women who are slain are not felt exclusively with one sense. She smells, tastes, hears or sees the echo depending on the body and the echoes seem to relate to the life or death of the victim. I enjoyed the details Derting provided, which surprised me because I was afraid the book would be too icky for me.

What was too icky for me was the “romance”. Violet is in love with her best friend, who of course all the girls at school are swooning over in such an exaggerated fashion it could be in farce movie like Not Another Teen Movie. The ridiculous, overly flirty pathetic girls (remember when the girls followed Victor Krum around while he prepared for the Tri Wizard tournament? multiply that times 100) is not what really drills on my nerves though.

Jay is clearly crazy about her. That was obvious from the very beginning of the novel but if readers thought like Violet they would shriek “spoiler!” because she doesn’t clue for half the book. He’s extremely obvious about his feelings for, and even sulks and throws jealous fits when she agrees to go the dance with someone else but she just dumbly wonders what’s gotten into him. This frustrates me not only because it’s drawn out, but mostly because Violet is supposed to be an intelligent young woman and she’s no smarter than the ditzes who wait in the parking lot for a glimpse of Jay if she can’t see he likes her.

I’m really tired of heroines of YA lit being completely oblivious to people being attracted to her. Violet, like Katniss from Hunger Games (of course Peeta’s only pretending for the cameras 😉 ), Bella from Twilight (“unpopular” but every guy in the book wants her) and so many more popular female characters don’t realize when the guys in their lives follow them around drooling. These women being so clueless is no better than the opposite stereotype of the “it” girl who thinks she’s the most gorgeous of them all and expects all guys to want her (Lissie in this book).

At the beginning of the novel I liked Jay, he seemed funny and charming and someone who would be a great friend and boyfriend. Once he actually speaks his obvious feelings for her out loud his character goes down hill. His whole identity becomes the guy who loves Violet. He looses any realistic dialogue or sense of humour and becomes big, hunky, protective, horny boyfriend guy. There are some pretty steamy make out sessions that leave just the right amount to the imagination, but he feels like a cardboard cutout once we “know” he loves violet. This in combination with her cluelessness about him liking her makes the romance half of the novel blah for me.

To Derting’s credit the mystery part of the novel was more intriguing. There were a few twists I liked and I was compelled to read on and see who was responsible, who would be killed…

Grady asks her to the dance and she says yes even though she wants to go with Jay. She convinces herself he’s just a friend (because she’s clueless or wants to be). He starts walking her between classes, sitting with her at lunch, waiting for her after school…and she does nothing to discourage him. If you don’t like a guy, don’t lead him on like that.

Grady assaults her; he continues kissing and groping her when she is trying to physically fight him off, only stopping because he is literally forced to. She doesn’t tell anyone about it, she just ignores his numerous calls that I think get a bit stalkerish (14 messages may be a little much for one night…) and she tells him she is over it. I think especially with what is going on with missing girls she should have made a bigger deal about what probably would have been a rape.