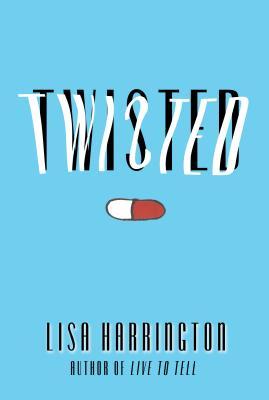 Lisa Harrington’s novel Twisted has a very appropriate title for the content. It was a good book until the last chapter but it is disturbing that Lyssa does not tell the police the full story, she acknowledges a resemblance between her love interest and her brother, and that she is calm about what she discovers in the final paragraph. The decisions made by the author about the ending cast a new light on the novel that is not as favourable. Were it not for the denouement, the reader would be left with a less unsettling feeling.

Twisted begins as a drama with the typical teen angst about relationships and the sadness of a lost parent, but the second half of the novel is a suspenseful, psychological thriller. The pace begins slow but things escalate quickly once the suspense begins.

If you liked Twisted read: 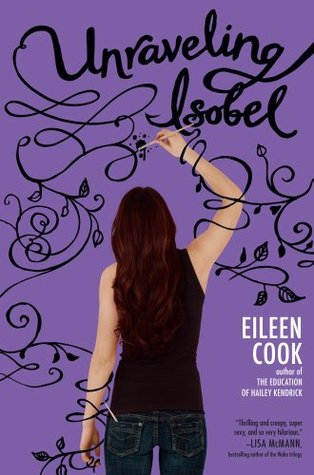 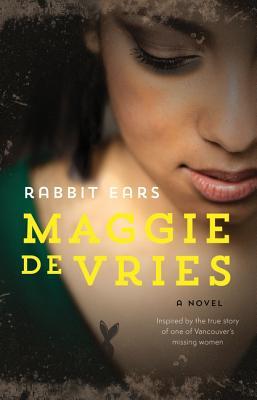 by Maggie DeVries deals with mature heavy subject matter. The tales of child abuse, drug addiction, prostitution, and death are sad and will be disturbing to some readers.

I found the narration to be disjointed. Sometimes I would miss that the perspective had changed, which doesn’t make sense because the two characters who tell the tale are very different and should have more noticeably distinct voices. Things unfold in a way that is not logical or linear. Some novels make this work, revealing bits in flashbacks, but it doesn’t work well in this one. I only start really connecting with Kaya in the last quarter of the book, and feel like I would have gotten more out of the first half of the novel with the back-story we receive too late.

There were two parts of the narration that worked well. The dissociation Kaya experiences, referring to herself in an odd way, is appropriate for the trauma she has experienced. That Beth felt her father’s illness more through her treatment at school then his behaviour at home was also poignant.

Kaya’s revelations in therapy are important aspects of the story. Readers can see, through her responses to the therapist, how she never understood that her abuser was manipulative or unkind. She thought he was good, except for one flaw, and only in having her situation framed by another’s words does she see what really happened. I think understanding her thought process will instill empathy for abuse victims and maybe help some young people to be aware of unhealthy relationships.

I respect DeVries attempt to portray a survivor of a situation that a loved one did not survive. I think it is well-meaning, but not as well executed as it could have been. My colleagues loved it and didn’t agree with my criticism.

I really enjoyed this book, even though I wasn’t thrilled about how it ended. I can’t believe it’s a debut novel!  Hodkin writes suspense really well, and left me eager for clues to Mara’s past.

Mara herself was a great character. Her mental instability, conflicted feelings about boys and loyalty to her family were portrayed
beautifully. I especially enjoyed her struggle with being diagnosed as mentally ill.

The dialogue between Mara and Jamie was more compelling for me than that between her and Noah. It was blunt, sarcastic and fresh.  Hodkin did a fantastic job at describing the roguish appeal of the bad-boy archetype, and I have no doubt many fan girls will fall for him.

This book is great for anyone who likes a combination of suspense and romance.

I think that it would have been more successful for me and a brave move
in the current book market to leave out the supernatural part. I think
the book would stay with me longer if there were no supernatural powers.
I think if she had suspected powers and discovered it was madness it
would have been a sharper ending. That’s just me though and the real
ending was acceptable.

I started reading Kelley Armstrong’s The Summoning because of the promotion where it is available for free online. I wanted to see if it was worth advertising on this blog, and it is. I enjoyed the parallels between the onset of magic and mental illness. The author brought awareness of the stigma surrounding mental illness to an audience that might not have chosen a book directly about that topic. The challenges faced by the teens at Lyle House represent the challenges those faced with real mental illness face. Armstrong seems to be in the school of thought that being treated like you are crazy makes you believe  you are crazy, and this encourages more behaviour that restarts the cycle. Being cut off from their lives and surrounded my other mentally ill patients sometimes severs their connection with reality instead of restoring it.

I’m sure the target audience will focus more on the cool magic powers and the conspiracies, but I hope they will be moved as I was and think about real homes for troubled teens.

Putting mental illness aside, the author explored the general theme of wanting to feel normal and have the changes you are going through be explained. This is an element I think many teens will relate to.