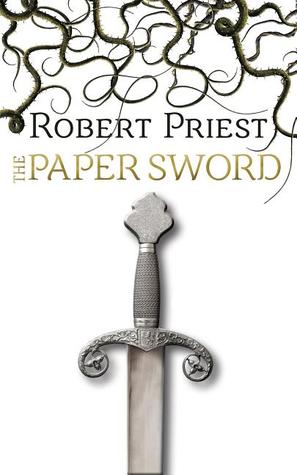 Robert Priest’s novel The Paper Sword is a high fantasy. Like many high fantasies it has unique character names that are cool but impossible to pronounce, and sometimes difficult to keep track of.  It is written in formal, descriptive but distant narration, which I think is a shame because I prefer to get in a character’s head.

The maturity of the plot does not mesh well with the level of vocabulary. Preteens would find the text too dense but older teens would not care for the content.

This book just didn’t work for me. I had to force myself to keep reading. The writing style is too dry for my taste.

Amy McCulloch’s sequel to The Oathbreaker’s Shadow had many of the elements I loved in the first installment. The unique way 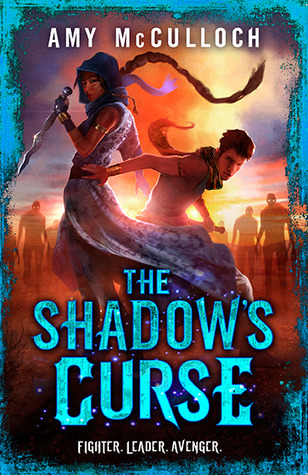 s she incorporates magic into her fantasy world continue to impress me. There remains something profound about being literally bound by your word and being haunted by broken promises. She takes this further in the sequel, with pieces of the ones who break the oath going to comfort and protect the jilted party. It recognizes that there are layers in people, and that a part of someone didn’t want to break their promise and would do anything not to hurt the one they have hurt. Beautiful metaphors all over this text.

I found the nomadic people’s view of the city dwellers and farmers interesting. The idea that they had captured and enslaved the land in an unnatural way makes the reader think about modern life from a new perspective.

Many of the characters are misguided and make foolish, selfish or reckless decisions. It’s didactic in the way they recognize their mistakes and in many cases atone for them. However, it’s written in such a way that it is not a boring lesson on keeping your word, or being careful who you offer your loyalty to. There are moments of suspense and exciting action.

I think this would make an excellent role playing video game. There would be shadows and consequences based on the player’s choices within the game. The setting would be beautiful and the fight scenes or sage tricks would be challenging.

I think with some editing this duology could have been one great novel. I’m not convinced it needed to be two and would strongly have preferred they work better independently if there had to be more than one book.

Shatterbreath by Evan Burgess shows great potential in it’s young author. It’s an epic fantasy that reminds of a more mature How To Train Your Dragon with shades of Ender’s Game.

A young man in an unusual town goes on an adventure he couldn’t have dreamed of. I think Burgess has an intriguing imagination and a skill for descriptive fantasy. The dragon lore was original. The subject matter is suspenseful but not so gruesome it would be inappropriate for young teens.

The copy of the novel I read is an uncorrected proof. It desperately needs the attention of a copy editor, because grammar errors and typos are detrimental to the enjoyment of the tale. It’s difficult to be fully immersed in a story when there are errors that draw the reader’s attention to the fact that they are reading.

Despite numerous errors in the first chapter that had me hesitant, I did find myself sucked in to the story- imagining it as though it were a movie in my mind. This is a high compliment because this only happens when I’m liking a book.

I look forward to reading BlackHound and Gathering Thunder. 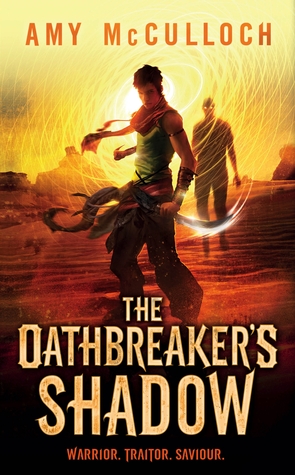 I loved this book. I love the concept of using magic to bind promises. I love the idea of being literally bound to your word with the knots. I found the setting very interesting. The characters were a little stiff at times, but this could be excused because of the extremely formal culture they were in. I think the haunts of the oathbreakers are fascinating, especially once we learn more about them. There’s good foreshadowing, symbolism, world building…. everything I demand from a fantasy story.

The only thing that deeply disappointed me was that the book does not stand alone. I don’t mind when a book is in a series, in fact as a fast reader I like being able to read more about characters and worlds I enjoy in future books. However I dislike when books are written in such a way that you NEED to read them all to get a satisfying experience. For a book to qualify as a winner for awards I’m on committees for it must be capable of being read alone, without prequels or sequels or any additional content. This book has a cliffhanger ending, disqualifying it from winning as far as I’m concerned. A good series can have a conclusion in each book but leave potential for more. This is a book that does not resolve it’s conflict, so it does not have all of the elements of a good book.

*I received The Guardian by C.J. Gosling as a submission for the CLA Young Adult Book Award.

Book one of the Shadowlands Series started off with potential but gradually went down hill in terms of appeal factors.

If it was done right this novel would have filled a gap- paranormal books that appeal to male teens. Unfortunately I didn’t feel it succeeded.

I received Captured by Maggie L. Wood as a submission for the YABA.

“Fifteen-year-old Willow Kingswell has been listening to her Nana’s tales of faeries and enchanted kingdoms for as long as she can remember. But when she is magically transported to the realm of Mistolear, she is stunned to learn that the stories were true, and that she is actually a princess. Suddenly, Willow has to fit into a royal family she didn’t know she had, deal with customs she doesn’t understand and sort out her feelings for Brand, the handsome knight who has sworn to protect her.

On top of everything, she may also be the key to saving Mistolear from a terrifying spell. The nefarious faerie prince Nezeral has pitted two kingdoms against each other in a life-or-death chess match, in which people are the game pieces. As a pawn, Willow now glows with the light of the game and must find the courage and cleverness to battle Nezeral before her loved ones fall. Could a meager pawn really be the most powerful piece on the board? Captured is the first book in the thrilling Divided Realms series.”

I initially found the concept of people being linked to chess pieces in a large scale game of wizard chess to be silly and strange. However, I was pleasantly surprised by the novel and think it was well executed. This style of fantasy that combines our world with a fantastic one is very effective for teens. It allows them to deal with issues like war and family drama at a safe distance. At at the same time they feel close to the action because of the character from our world who sees things as they would and uses contemporary slang amongst the backdrop of knightly banter. I usually prefer this type of story to be in 1st person narrative but Wood did a good job of making it work without this.

I thought the ending was original, creative and appropriate. It defined the book for me and I think I would have preferred for this to be a stand-alone novel rather than a trilogy because it’s rare I’m so pleased with an ending. The novel flowed nicely so I finished it quickly but it had some memorable parts, separating it from other quick reads.

I started reading Kelley Armstrong’s The Summoning because of the promotion where it is available for free online. I wanted to see if it was worth advertising on this blog, and it is. I enjoyed the parallels between the onset of magic and mental illness. The author brought awareness of the stigma surrounding mental illness to an audience that might not have chosen a book directly about that topic. The challenges faced by the teens at Lyle House represent the challenges those faced with real mental illness face. Armstrong seems to be in the school of thought that being treated like you are crazy makes you believe  you are crazy, and this encourages more behaviour that restarts the cycle. Being cut off from their lives and surrounded my other mentally ill patients sometimes severs their connection with reality instead of restoring it.

I’m sure the target audience will focus more on the cool magic powers and the conspiracies, but I hope they will be moved as I was and think about real homes for troubled teens.

Putting mental illness aside, the author explored the general theme of wanting to feel normal and have the changes you are going through be explained. This is an element I think many teens will relate to.

This was my first Terry Pratchett novel, and will not be my last. The man has an  incredible sense of humour and delightfully twisted use of language.

-It does not indicate anywhere on the cover or first few pages that this is 4 books into a series (It does mention Diskworld but does not clarify where it is the scheme of things).

– Normally novels have some sort of transition when the author jumps from one character in one location to a totally new location and character. Pratchett needs to learn the value of ” * * *” or a sword or some little image to indicate he has transitioned. There were several time-jumps that could have been clarified better as well.

Great for young adults and imaginative older ones