Life Cycle of a Lie is a novel that manages to be both entertaining and thought provoking. It deals with racism, prejudice about sexual orientation, domestic violence and environmentalism. It tackles all of these subjects in a thoughtful manner that isn’t

overly preachy but shows that the author has wrapped her head around the issues.

This novel does what When Everything Feels Like the Movies failed to do in my opinion. This book is more likely to be relate-able to gay teens and to inspire empathy in straight teens. It has the sexual awakening of a young man, who develops feelings for a male friend. It has mature content, describing the physical effect of the feelings- but this is done in a tasteful manner. Jona is a well rounded character who isn’t defined by his homosexuality. He’s also intelligent, well read, kind, and talented. He is faced with prejudice, and has a bit of an identity crisis.

Linc is a First Nations character who faces prejudice because of his race. He is not defined by this struggle any more than Jona is by his homosexuality. Linc is open minded, athletic, compassionate, protective, and a bit naive. He is a lovable character who’s major flaw is he has trouble reading body language, or understanding what his girlfriend is upset about.

Victoria is a character worried about being defined by her dysfunctional family but there’s more to her than her abusive father. She is an environmental activist and more. She makes big mistakes because of her insecurities, but I think readers will forgive her.

Romance, suspense, and character based drama make up this wonderful book. 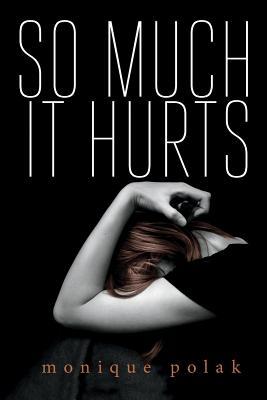 Domestic violence is a tough but important subject to breach. So Much It Hurts by Monique Polak does an excellent job of revealing how an older man can be charming and make a young girl feel special in order to get away with mistreating her. I was worried about how this novel would end, it was difficult to read because of the dark subject matter but I couldn’t stop. Iris has the combination of vulnerability and strength that makes a novel such as this compelling. Her pain and poor judgement will hopefully make young girls think about how they should be treated, and create empathy for those not strong enough to know how to avoid such situations.

*I received Chance to Dance for You by Gail Sidonie Sobat as part of the Young Adult Book Award Jury submissions.

The novel deals with big issues:

Unfortunately the characters were not unique, they were fairly stereotypical and two dimensional. It was a decent story but not fantastically executed. It felt like a less funny episode of Glee without the music. The issues it deals with are important and I cried at one point, so there is no question it will have an impact but I felt like there was something missing in Ian’s narration.